José Manuel Mora was born in the south of Spain, Algeciras (Cádiz) in 1974. He grew up in a working-class neighborhood in the upper area of ​​the city. From an early age he was attracted to drawing, painting everyday scenes in his moments of solitude. The long and calm summer afternoons were ideal for it. Those intense blue skies, the tedious palm trees in the sun that abounded in the gravel square of his neighborhood and that he saw from his window, transported him to a state of dream and unreality, which, as he says, would always accompany him. . Just like his painting, until very recently, he took drawing as someone who writes in a diary; something so intimate and personal, that he did not see the need to say it or share it with anyone. In his youth he traveled to Cambridge (England), where he settled for a while. There he experienced for the first time the strength and need to express himself through drawing, to attenuate and alleviate his longing to be away from home.

Years later, he moved to the city of Düsseldorf (Germany), where he lived for eight years and where he made the definitive leap to decide to paint in oil. Self-taught, restless, like an explorer, he wandered around the city, from gallery to gallery, fascinated by the artists he saw, constantly visiting the main museums and exhibitions in the city and surroundings.

Currently he lives and works in his hometown, Algeciras.

Many years ago, I realized that when I began to paint, I entered into a kind of euphoria, a joy that welled up from within. This happiness, without knowing why, reminded me a lot of that of the children when the recess bell rings and they run screaming towards the patio, wanting to play. Then, after some time, I suddenly realized that, without intending to, many of my paintings were very childish, and at that very moment, as if a secret door had opened inside me, I was aware that, somehow, what was happening, it was a dialogue through painting, between that child who lives in me and myself, and that in some way, painting served as a bridge for this communication between the two. At that precise moment, in a state of stupor and perplexity, I realized how serious the matter was.

My painting is a plastic language of the unconscious. Pure passive creativity. Something lights up in me, something searches for me, I notice it, without me doing anything, and finally it finds me, because I don't put up any resistance. So I see the picture, sometimes complete and then sometimes I complain, because now I have to paint it with all the technical challenges and effort that it implies. I don't like all of them a priori, and I don't even understand them, but I know I have to paint them. After some time has passed, as if rewarding me, the meaning and the reason for that painting suddenly comes to me, and I give thanks for it and sometimes ask forgiveness, embarrassed by my childish anger and my complaints. All this happens in me as an extension, something fundamental and at the same time complementary to my personal inner work. To this thirst, to this longing for myself and my desire to "go home". Painting, in my case, appears as a kind of personal purge, painful but at the same time revealing and joyful. 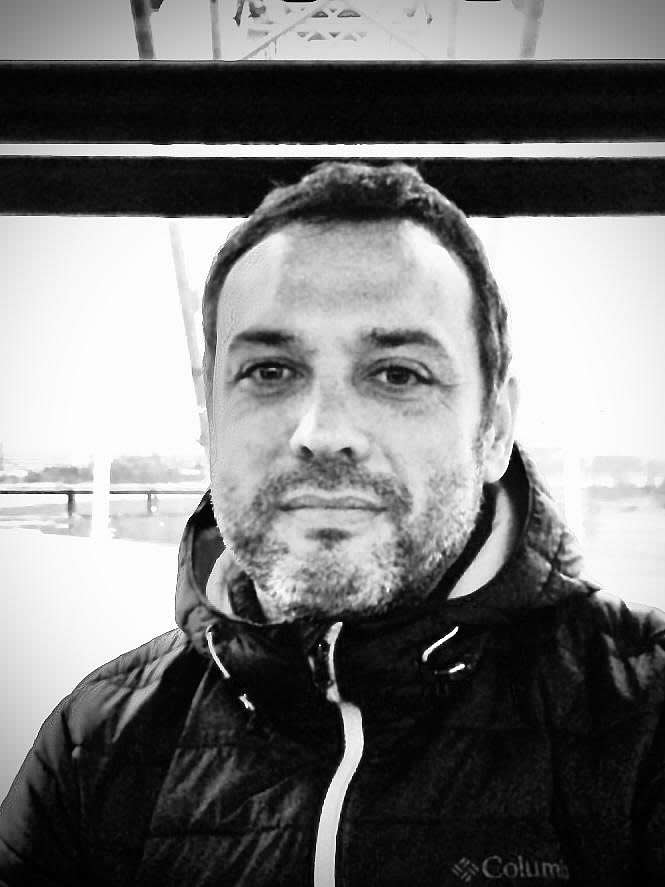 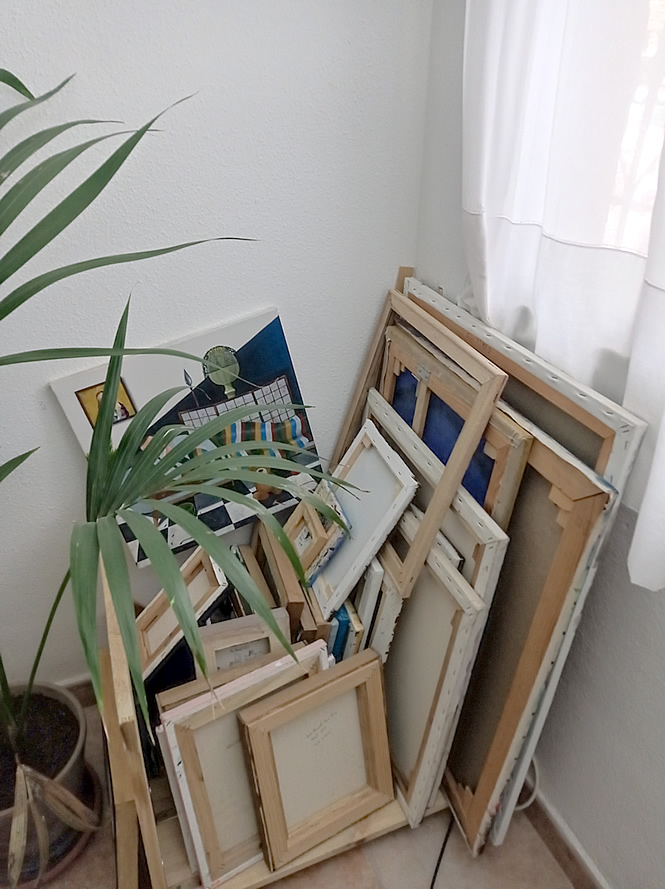